I woke up this morning to the same email I’ve gotten once a week since I got here: a warning to stay away from the gilet jaune protests.

First off, we need to answer a few questions. Who are the gilets jaunes? What are they protesting against? How do these protests work? Where are they happening? And why should you care?

To start, the gilets jaunes are part of a grassroots movement demanding for economic reform in Paris. The movement started in November, 2018 when an online petition against a hike in fuel prices gained over a million signatures. Shortly afterwards, thousands of french people donned these yellow vests and took to the streets all over France in mass protests. These protests have been happening every weekend since. In an attempt to quell the ever-growing number of protesters, Macron decided last December to lift the increased fuel-price bill, but it was too late; the movement has grown far beyond that. Now, the French protest against far more than just fuel prices. They’re protesting for true economic reform in France so that the average french person doesn’t need to struggle to make enough to feed their families and to pay rent.

Not that these people don’t want to fight climate change; they simply oppose the notion that the working class must bear the burden of the fight instead of multinational corporations. If multinational corporations had more incentive to reduce their carbon footprints, the biggest contributions to the warming of the earth would make a great difference in ensuring that we’ve got a future on this planet.

Now then, as I said, these protests have been happening all over France since last November. They’ve been relatively peaceful for the most part, but it’s difficult to have such widespread protests without someone getting hurt. There have been a recorded total of 10 deaths so far, and around 2 thousand protesters and a thousand police have been injured.

And what is President Macron and his administration doing to appease the protesters? On December 10th, Macron made a televised address to the the protesters, declaring an end to the new fuel tax and a 100-euro increase to the minimum wage in 2019. This increase ended up being not enough though, as the majority of the protestors make just enough money to not qualify as minimum-wage workers. Whether or not the French parliament agrees with the protesters, they don’t have the same checks and balances system that we enjoy in the United States; if Macron wants to do something, Parliament cannot stop him; he just needs to tell Parliament that he’s going to do it. This level of power is because France is still in it’s Fifth Republic, and when General Charles de Gaulle established the Fifth Republic, he consolidated his power as leader so he could do as he pleased to rebuild France after World War II.

So why should you care? If you’re like me, here in Paris until May, it’s quite difficult to be a tourist over the weekend. We’re given strict instructions not to interact with the protesters in any way, and given the rate of injuries so far, I’m not complaining. But one of the aspects of French protests that make them so ingenious is how much they affect everyone else. For example, last summer, French air traffic controllers went on strike for the whole summer. Not only did this affect flights to, from and within France, but it affected any plane even flying over France. I myself got stuck in Spain this summer when connecting in Barcelona on my way from London to Turin, Italy. Why? Because the plane needed to fly over France in order to get there. Paris is one of the busiest capitals in the world for tourism; the protests detract from that revenue. So even if you don’t give a crud about French politics, french protesters can and most likely will find a way to make their problems your business. 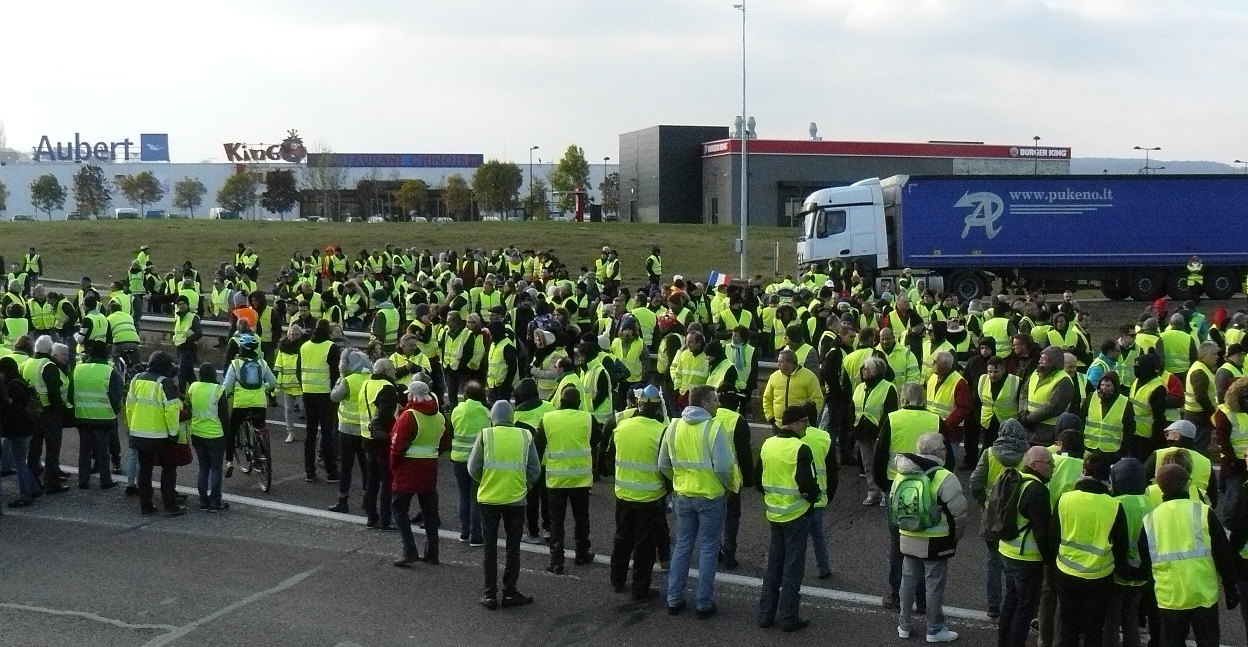 Elizabeth in Paris is Protected by Akismet | Powered by WordPress