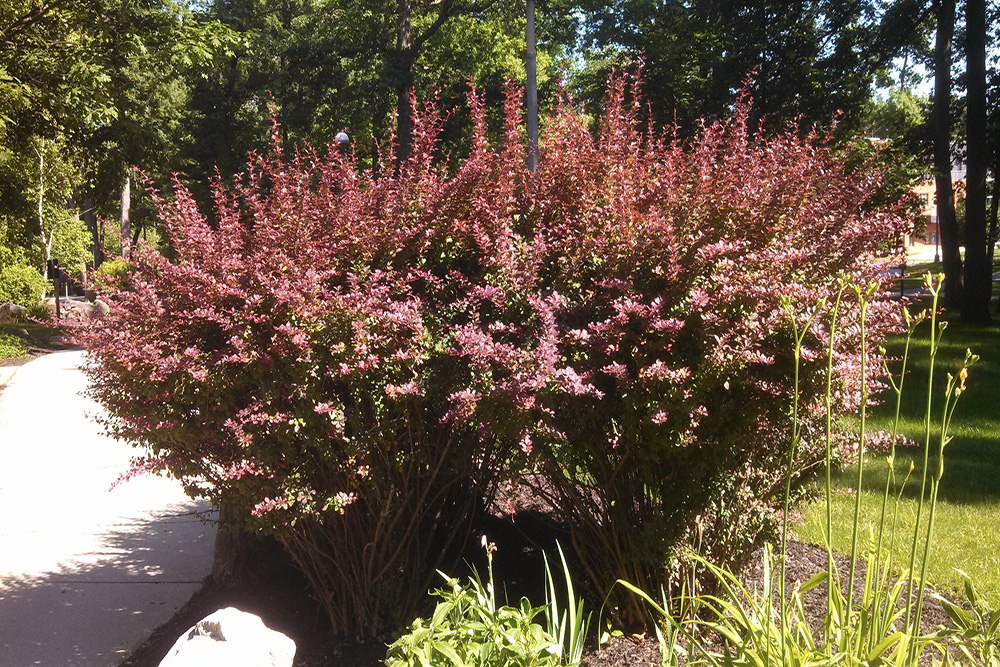 Invasive species are typically introduced — intentionally and unintentionally — by human activities, and have negative effects on natural ecosystems. They can impact recreational, commercial, and agricultural activities as well as ecosystem services like water purification, air purification, and carbon sequestration. Invasive species out-compete native plants or animals, altering nutrient cycles and food chains along with habitats for native plants and animals. Such effects minimize the biodiversity, resistance and resiliency of an ecosystem, making them more susceptible to disease and collapse as native species are lost. Both Japanese barberry and burning bush are highly invasive plants, meaning they quickly take over ecosystems, altering the composition of these natural environments faster than most. 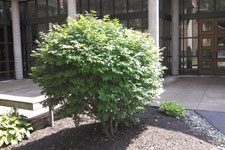 There have been efforts to minimize the impact of invasive species at Skidmore for many years now. Most recently Eliza Hollister ’15, a student in the North Woods steward program, brought the collective work to a formal proposal. This proposal informed campus leaders of the impacts these two dominant species have on natural environments and helped move the College forward in making this commitment.

Skidmore made this commitment to minimize the College’s environmental impact and to protect the North Woods from invasive species. A regional treasure of flora and fauna in an interesting, complex ecosystem, the North Woods are used as an outdoor laboratory for courses across the College. In addition, the North Woods are a valued recreational resource open to the campus and Saratoga Springs community for hiking, snowshoeing, and dog walking. The commitment to eliminate invasive plants on the developed portion of campus complements the ongoing efforts by the North Woods stewards and volunteers groups to eradicate invasive species from this 150-acre parcel of undeveloped land adjacent to campus.