The Skidmore Dining team in the Spa has made substantial reductions in waste produced daily. Early this spring semester, the grill began serving food in paper boat containers, which were previously used only for late-nights on the weekends. This is a huge waste savings compared to the plastic to-go boxes that were a default for all of the food produced on the grill.  These plastic tins created an excess amount of waste and often were thrown into the trash can instead of being recycled.  This simple change in serving containers has saved the Spa 100 pounds of waste each week. This amounts to six to seven fewer bags of trash every day!  Not only is the dining area creating less waste, it is also saving money. Estimates suggest that the snack bar is saving around $5 a day on the cost of containers.  Efforts to further sustainability practices won’t stop here. A new large to-go container that weighs less, costs less, and produces less waste is in the works. Newly added signs within Spa remind customers to ask for a plate if they plan on staying and eating in the adjacent dining area, thus diners can opt to create zero to-go box waste. Efforts like these in the Spa contribute to the story of sustainability at Skidmore College. 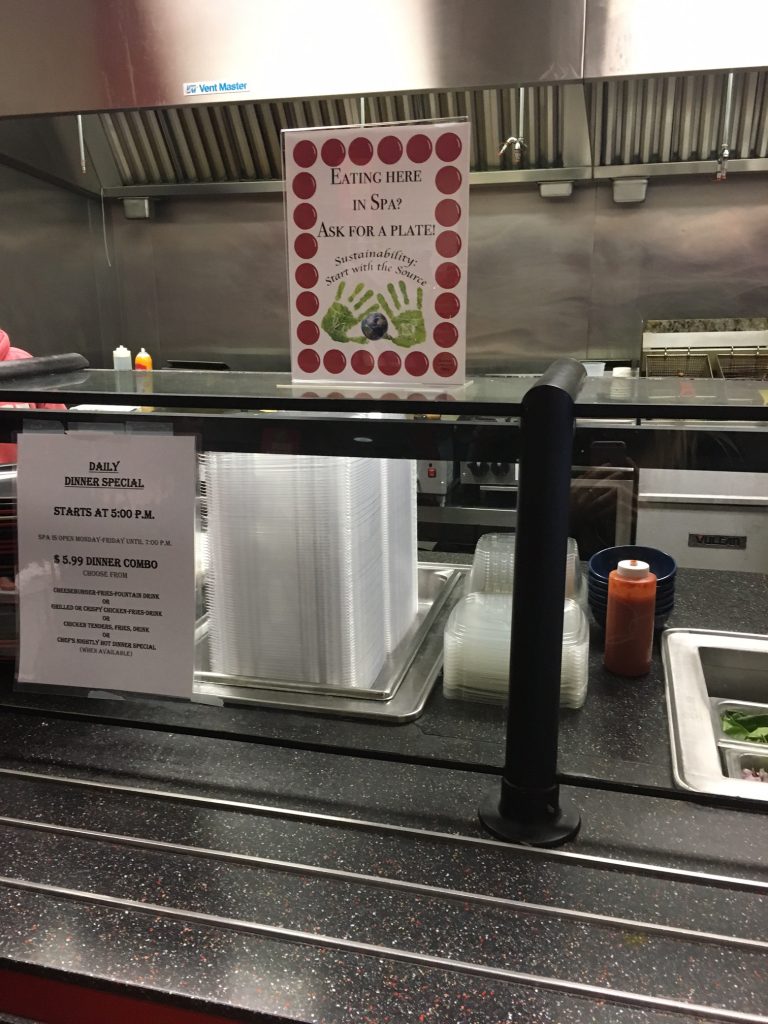 Signs like the one pictured above encourage diners to eliminate waste from the start by using a plate.

Written by Isabel Blumenthal, Class of 2019